The plasma membrane is the interface between a cell and its environment. It is responsible for a myriad of processing tasks that must be tightly regulated to avoid aberrant signaling.

This session of “The Lipidomics Webinar” aired on September 13, 2022 . Watch the recording here!

The plasma membrane is the interface between a cell and its environment and is therefore responsible for a myriad of parallel processing tasks that must be tightly regulated to avoid aberrant signaling. To achieve this functional complexity, mammalian cells produce hundreds of lipid species that are actively turned over and trafficked to produce spatial and temporal gradients between cellular compartments. In addition to the plethora of regulatory roles performed by individual lipid molecules, membrane physiology is strictly dependent on the biophysical phenotypes – including membrane fluidity, rigidity, lipid packing, and lateral organization – arising from the collective behaviors of lipids.

Here, we will present the results of several projects that address the lipidomic, biophysical, and functional aspects of mammalian plasma membranes. These projects explore the relationship between membrane organization and cellular function, ultimately demonstrating that membrane phenotypes are central regulators of cell physiology.

Here is what you can learn

• The complexity of lipid species that give rise to intracellular gradients
• Lipidomic, biophysical, and functional aspects of plasma membranes
• The role of membrane phenotypes in regulation of cell physiology 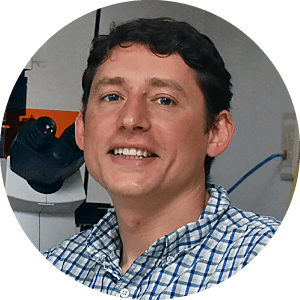 Ilya Levental received his PhD from University of Pennsylvania, did post-doctoral work at MPI-CBG, started a membrane biology lab at UTHealth, and moved it to University of Virginia in 2020.